FLOATING GRIP® is yet again represented at a major eSports event – this time at the biggest gaming event and convention in Denmark, Copenhagen Games.

FLOATING GRIP® is during the Easter holiday attending the Danish eSports-event Copenhagen Games. Since 2010, this has been the biggest event for eSports in Denmark and continues to grow year by year. Because of its rapid expansion, the event has been moved several times, as well as in 2018, where it has been placed in Bella Center, Copenhagen, because of the large crowds it attracts. The event offers a diverse range of games to spectate and try out for yourself. While the main attraction of Copenhagen Games definitely is its CS:GO tournament, there are also games like FIFA, Call of Duty and Team Fortress 2 being played.

The event has 1,500 tickets for sale every year for those who want a holiday with intense gaming for their LAN-part. You can also register for their single tournaments as a team or solo, depending on the game, as well as buy a guest ticket, if you just want to experience the show! You can see all the great tournaments going on, visit the sponsor booths and even see some cosplaying from some of the most talented cosplayers in Denmark and even from foreign countries. You can also meet your favorite streamers at the event, with some of them doing a stream for charity.

According to editor-in-chief of Copenhagen Games, Jeppe Grünberger, more than 10,000 attendees are expected during the event as well as more than 3 million people watching from home, making this not only one of the largest events in Europe, but in the world. Jeppe Grünberger says to Kristeligt Dagblad: “eSports has become a mainstream movement amongst young people – it’s almost like playing football. Our audience has become widened, since both families and regular enthusiasts come to the event.” eSports has become a thing for everyone, and we would like to support that.

FLOATING GRIP® will of course be represented as one of the partners of Copenhagen Games. Our Twitter-responsible Nicolai Creutzburg will be participating at the event through the weekend and share the spirit. Furthermore, FLOATING GRIP® is giving away prizes for the winners of several tournaments, just like some players of our sponsored team, Sørby eSport, are attending the tournament. We wish them the best of luck and a great tournament to everyone else! 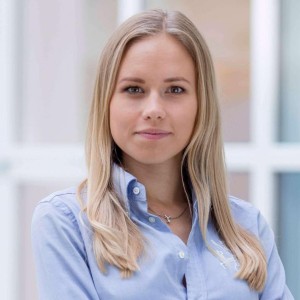 Hi, I'm Stephanie Skov, the founder and owner of FLOATING GRIP®! I hope you enjoy the FLOATING GRIP® universe of gaming gears for the ultimative setup!

FLOATING GRIP® was founded back in 2014 with a single wall mount made PlayStation 4 Original, but just for private use. Due to requests for samples for friends she started producing more and since then the company has grown to a global player within the gaming industry of Wall Mounts and other gadgets for the ultimative gaming setup! Today FLOATING GTIP® is being sold worldwide and the product range keep growing with new products.

The mission is to offer all console owners around the world a super sleek and smart FLOATING GRIP® Wall Mount! Play With Style!